The fall 2018 Star Speaker Series kicked off on Monday, October 1, 2018 and featured speaker Sylvia Acevedo, author and CEO of the Girl Scouts of the USA.

Ms. Acevedo visited the Ann Richards School as part of her book tour for the recently released Path to the Stars, an inspiring memoir for young readers about a Latina rocket scientist whose early life was transformed by joining the Girl Scouts.

Ms. Acevedo was a founding Board Member of the Ann Richards School Foundation, and it was great to have her back on campus to speak to our Stars! 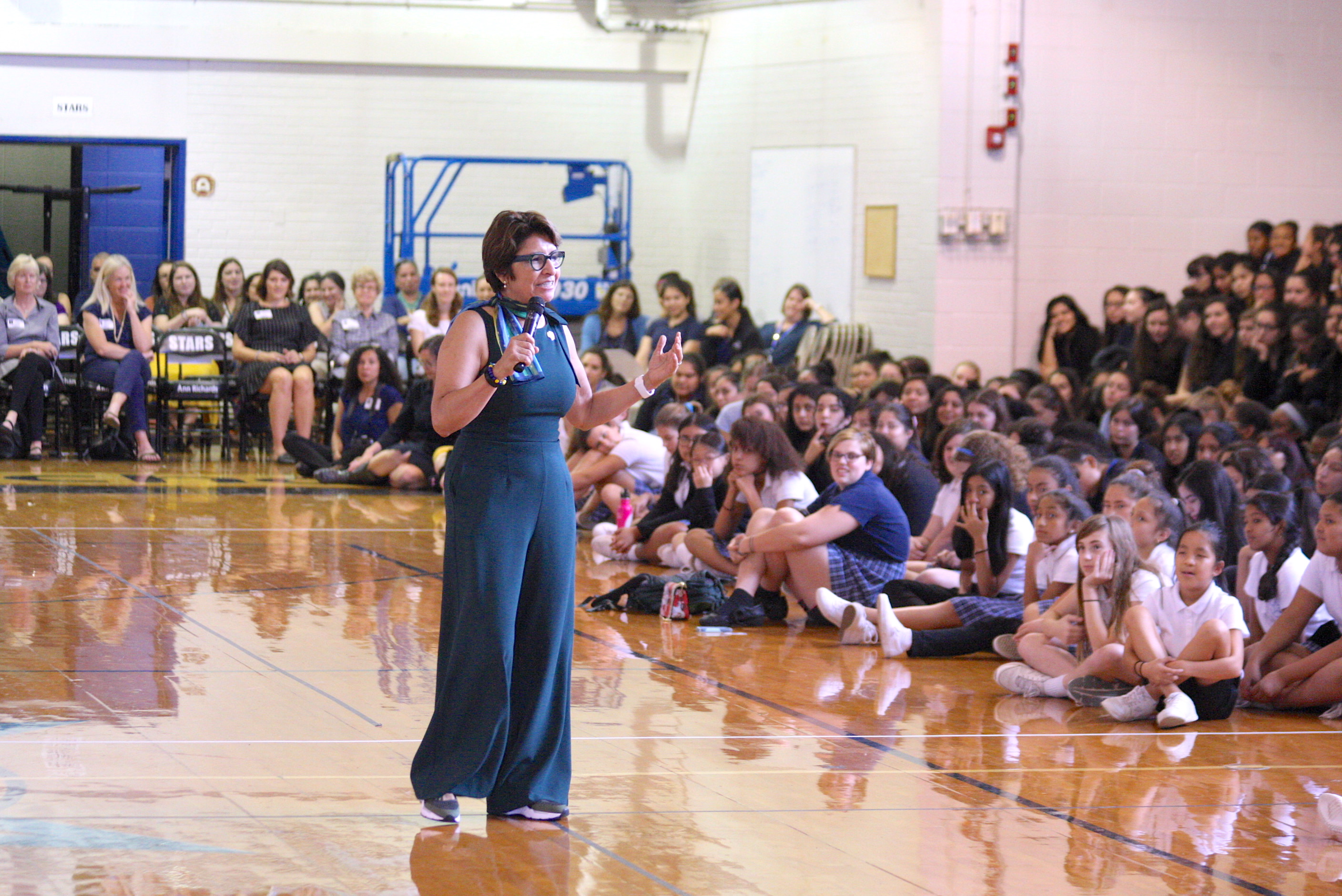 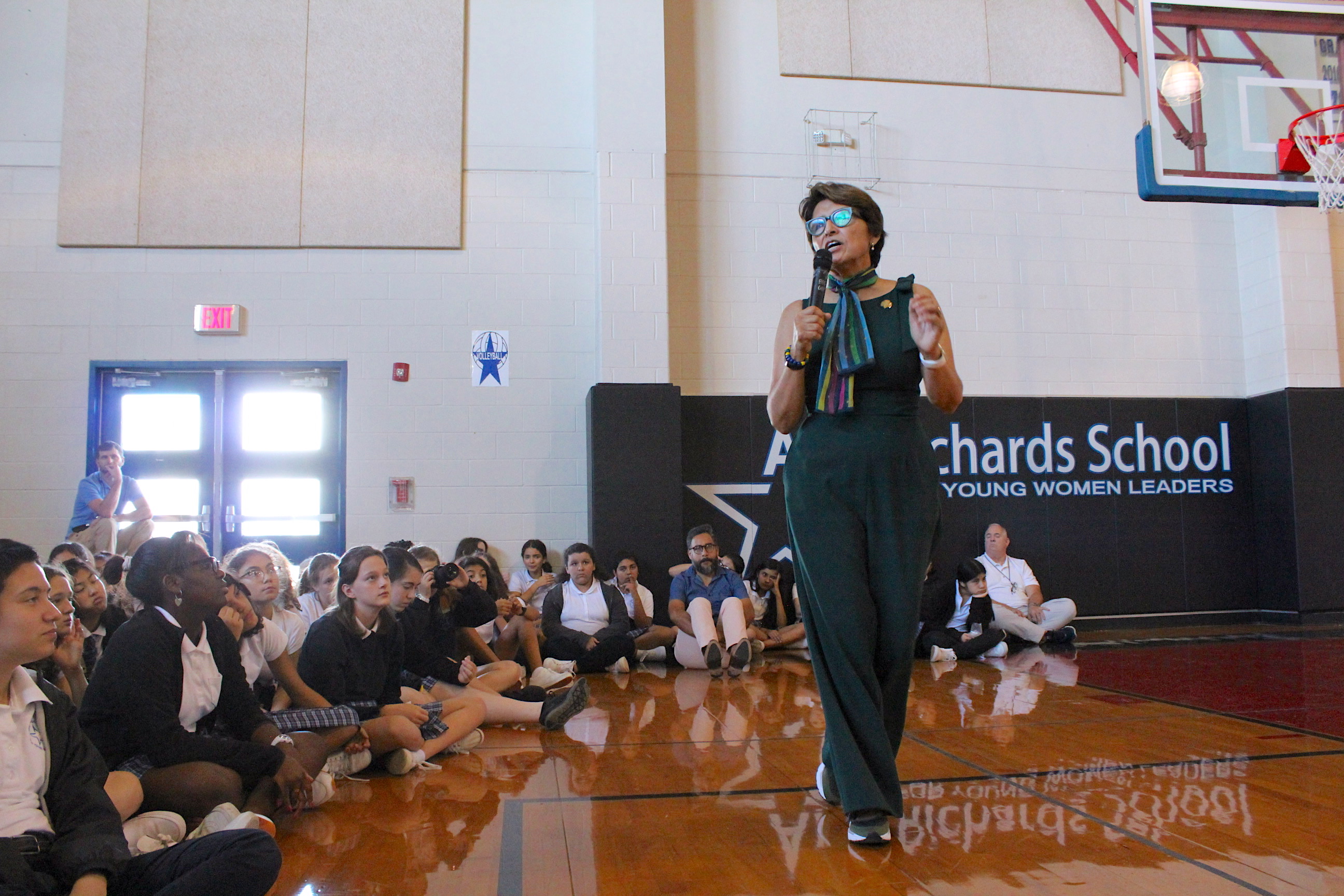 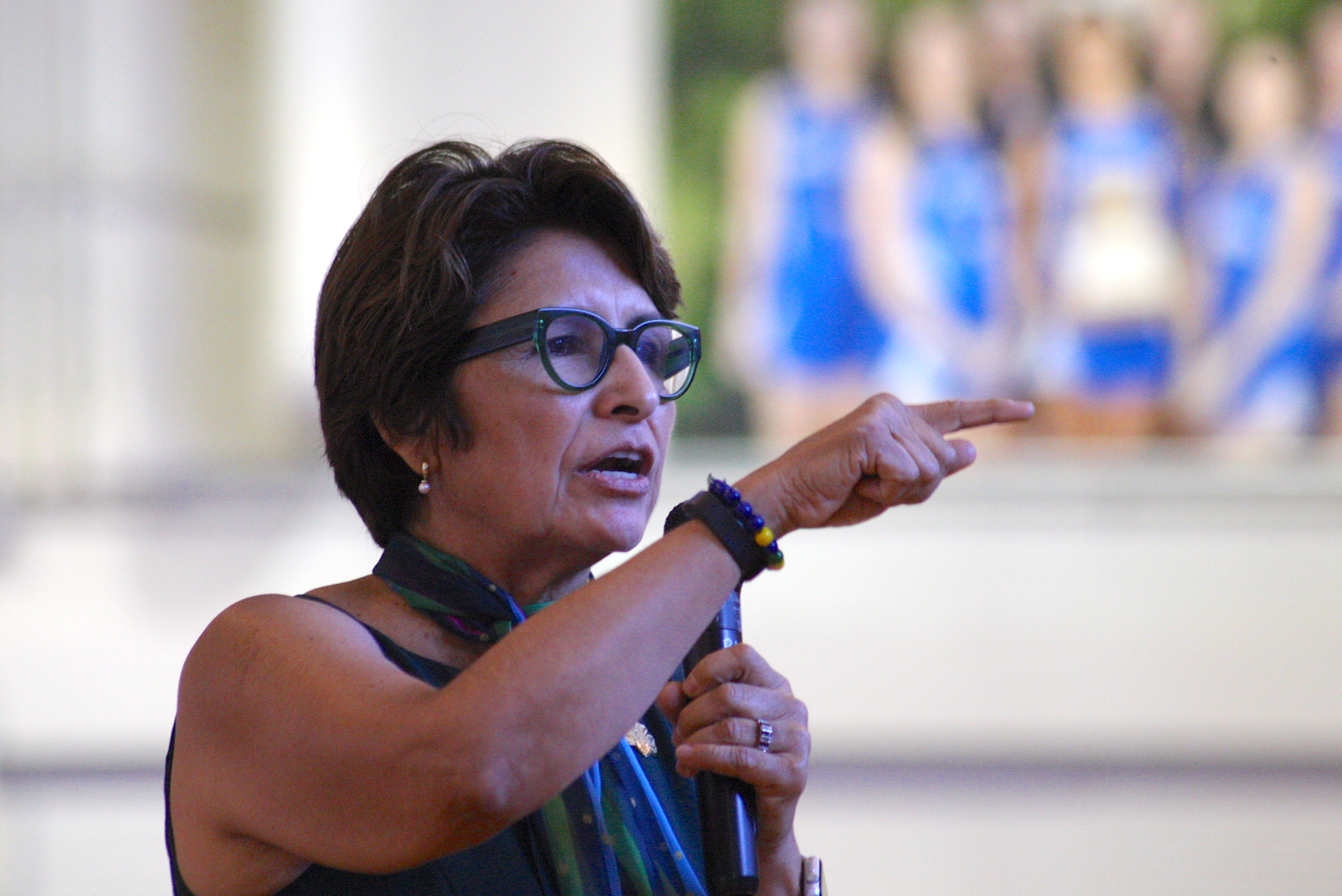 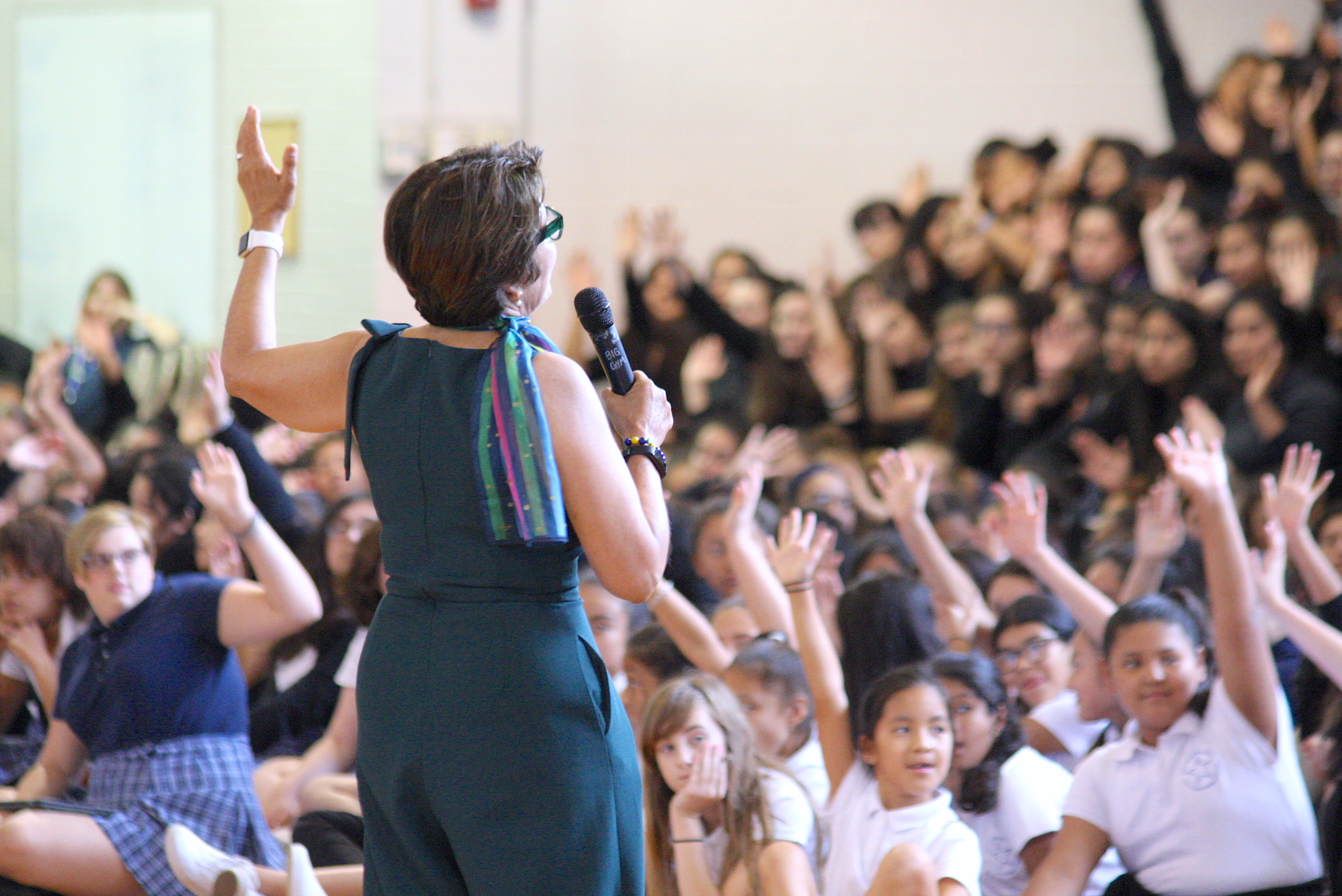 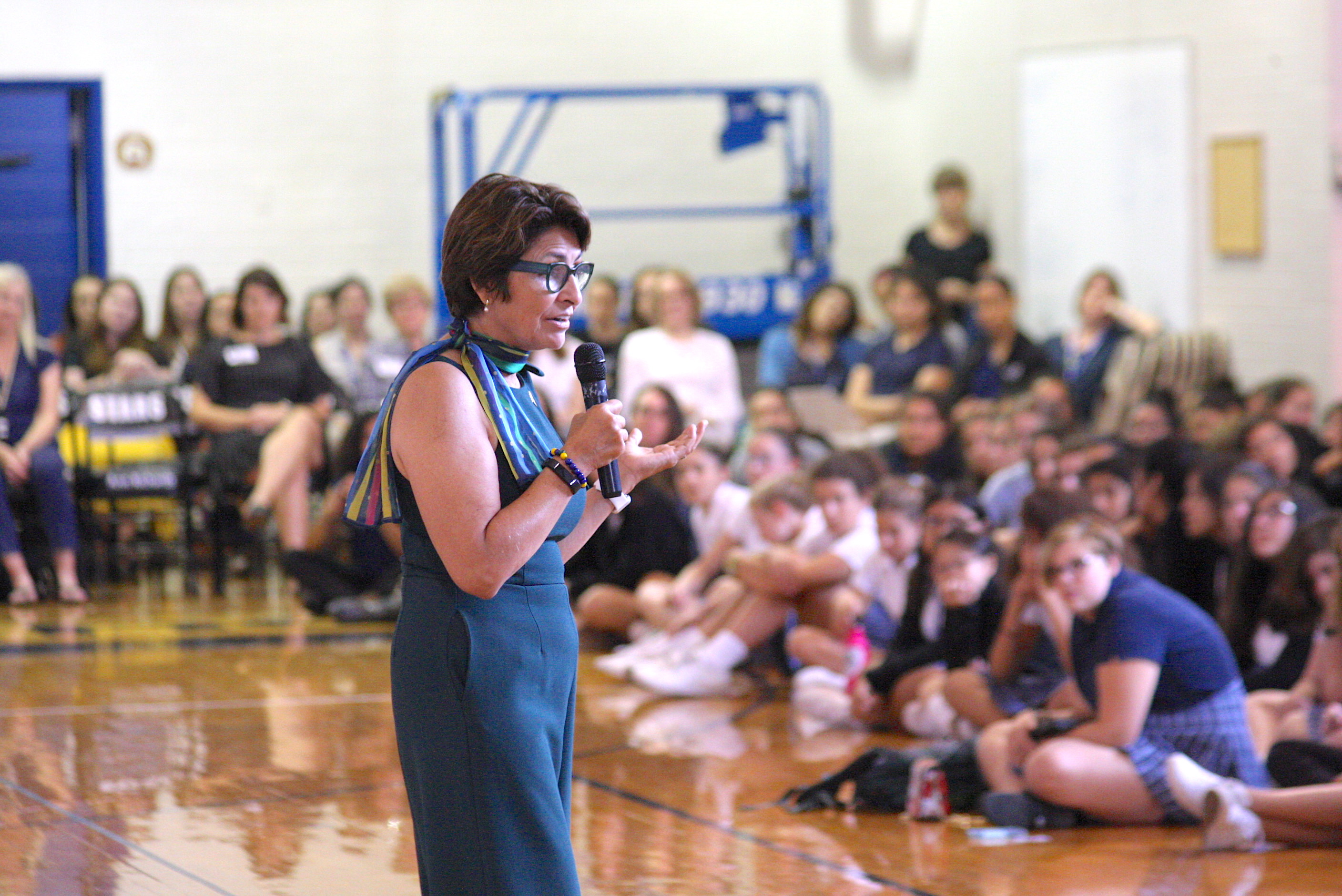 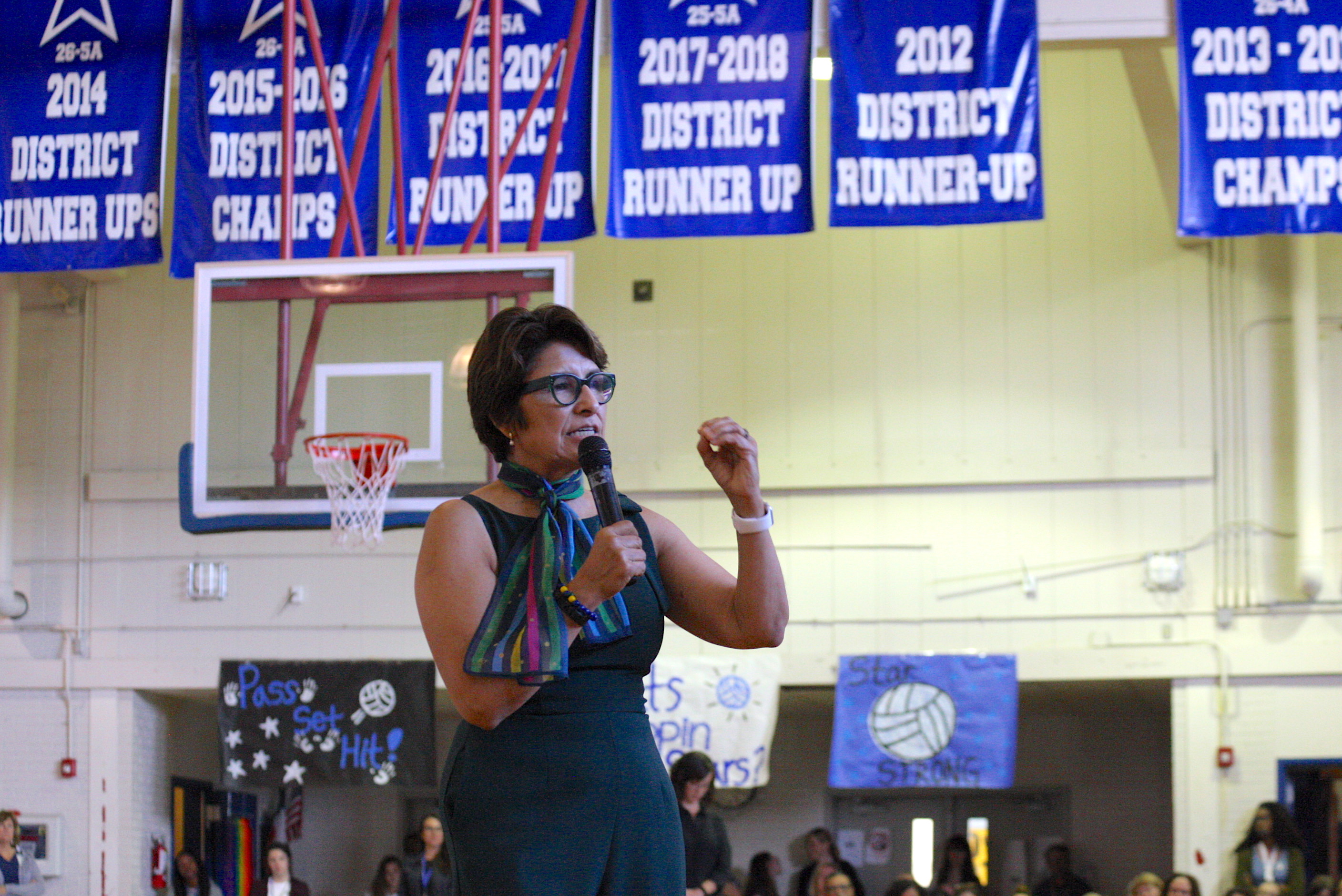 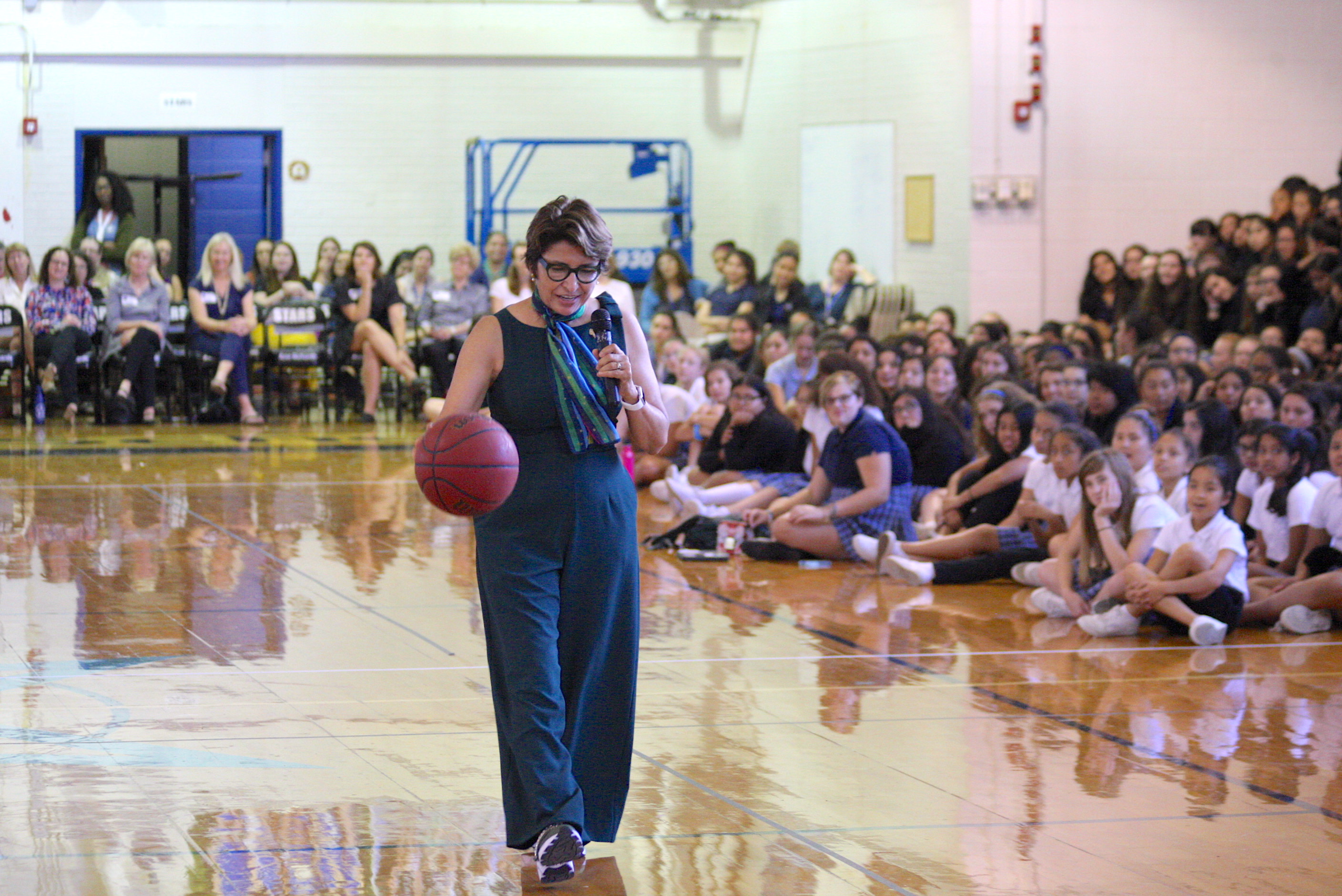 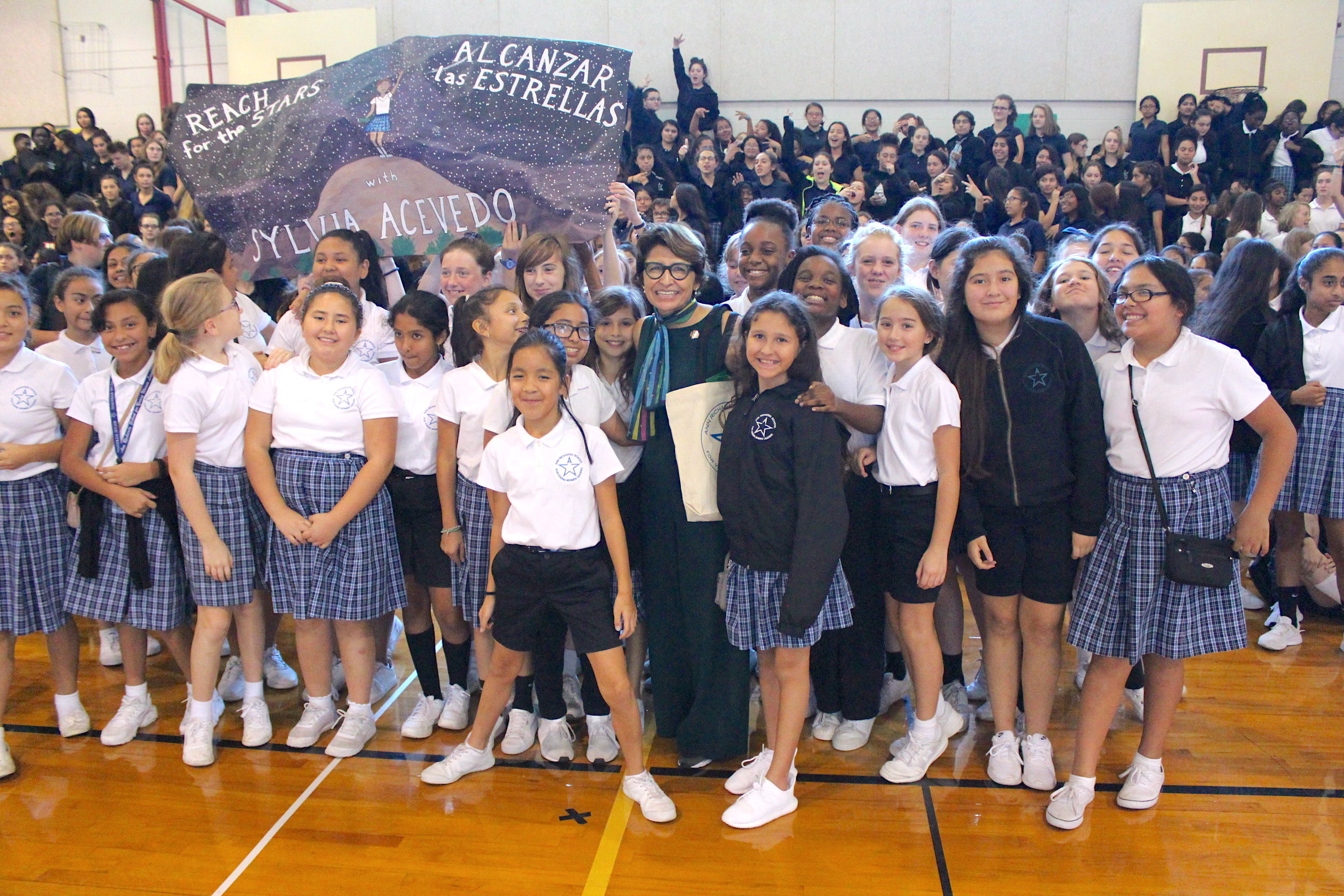 Sylvia Acevedo is an award-winning entrepreneur who has earned worldwide recognition for her work in addressing one of society’s most vexing challenges – universal access to education. Sylvia started her career as a rocket scientist at the Jet Propulsion Labs where she worked on the Voyager mission’s fly by of Jupiter and its moons and the Solar Polar/Probe missions.

As an engineer at IBM, she led the redesign of state of the art manufacturing facilities that became an international showcase. Leveraging her technical training in the technology industry, she served as an executive with Fortune 100 companies: Apple, Autodesk and Dell. She holds a Master’s degree in Systems Engineering from Stanford University where she was one of the first Hispanics, male or female, to have earned a graduate engineering degree. Sylvia earned her Bachelor’s degree in Industrial Engineering from New Mexico State University which in 2010, named Sylvia as one of their most Distinguished Engineering Alumni.

Sylvia currently serves as a Commissioner on the White House Initiative for Educational Excellence for Hispanics and is a national expert in mobilizing communities to increase family engagement in education. What started as a weekly hour of community service tutoring at a low-income school while working as a technology executive at Dell Computers quickly became a transformative idea. This idea led to a community mobilization campaign that reached over a quarter of a million people across America. That “A-ha!” moment gave Ms. Acevedo the insight that there were ways that her leadership and systems engineering skills could be used to provide much-needed access to the same type of community programs, like Girl Scouts and Head Start, that she personally experienced as a young girl. 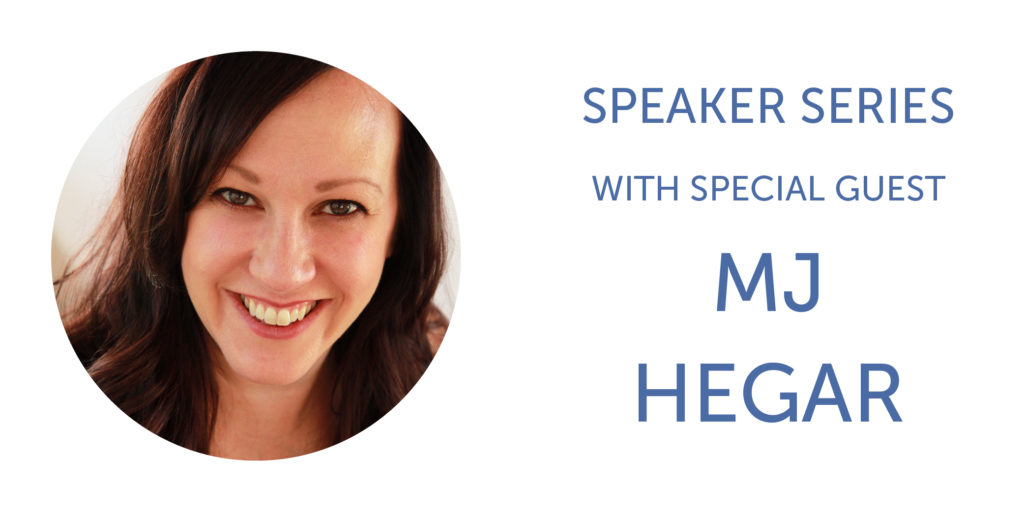 Our Stars were moved by MJ’s inspiring words about leadership and authenticity, especially her advice to “be those things when no one is watching.” 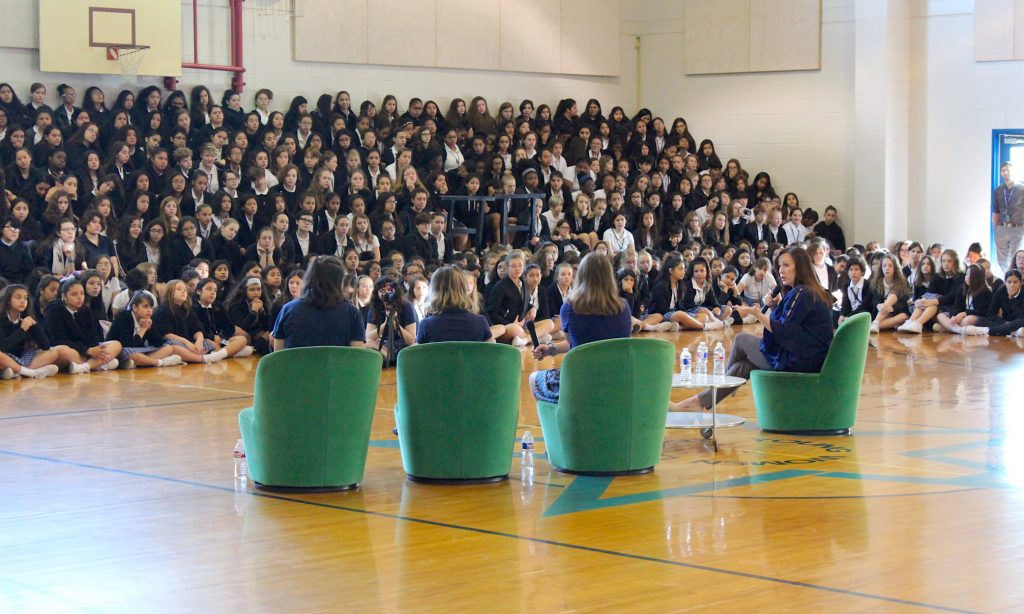 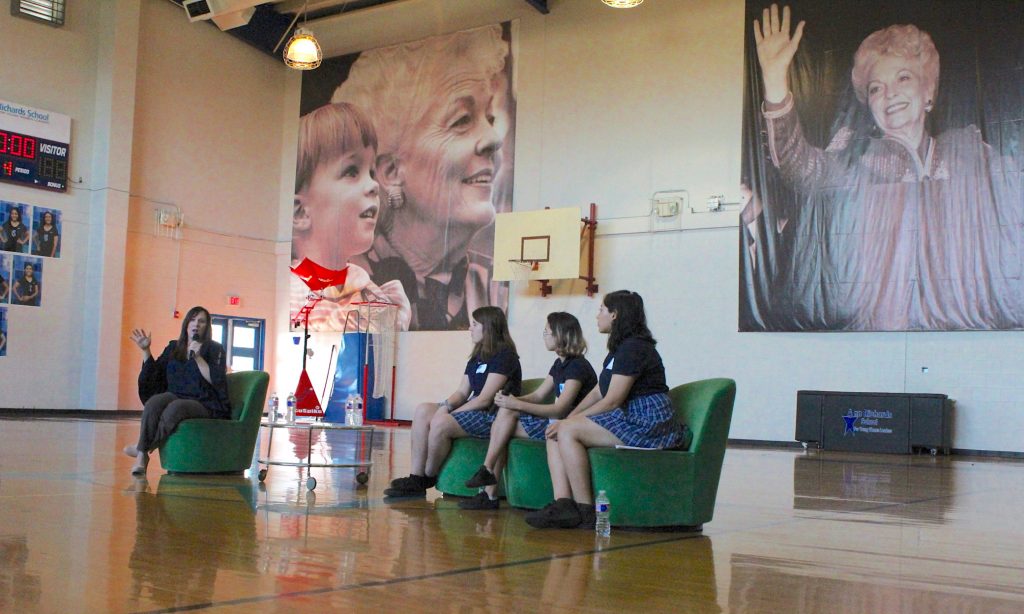 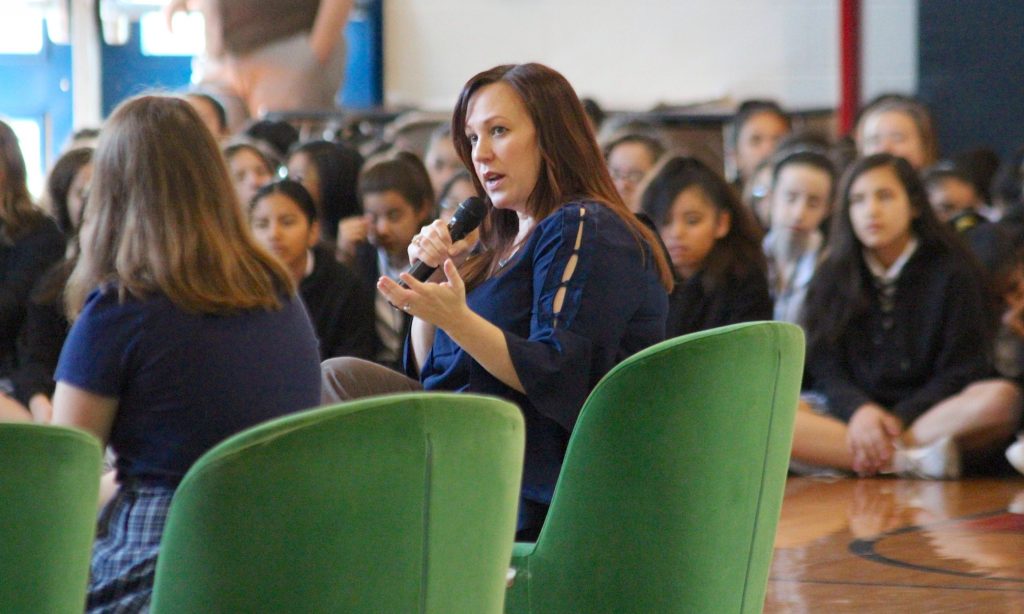 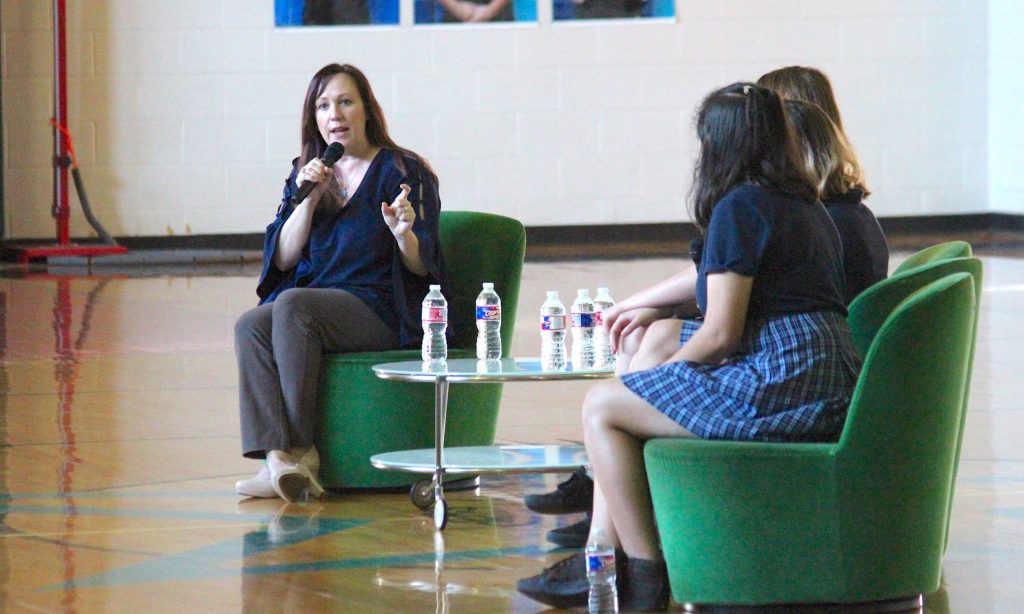 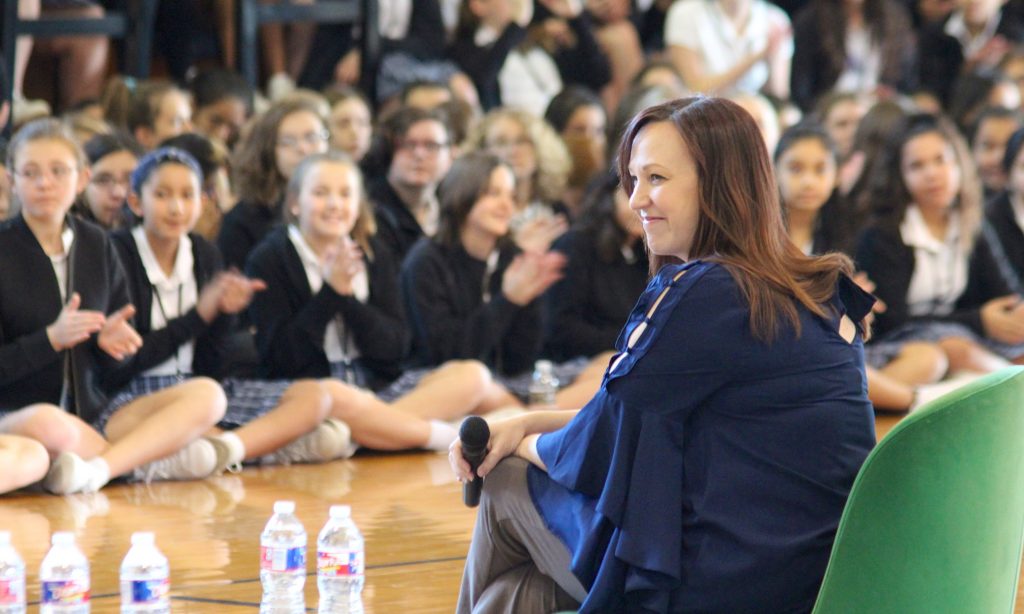 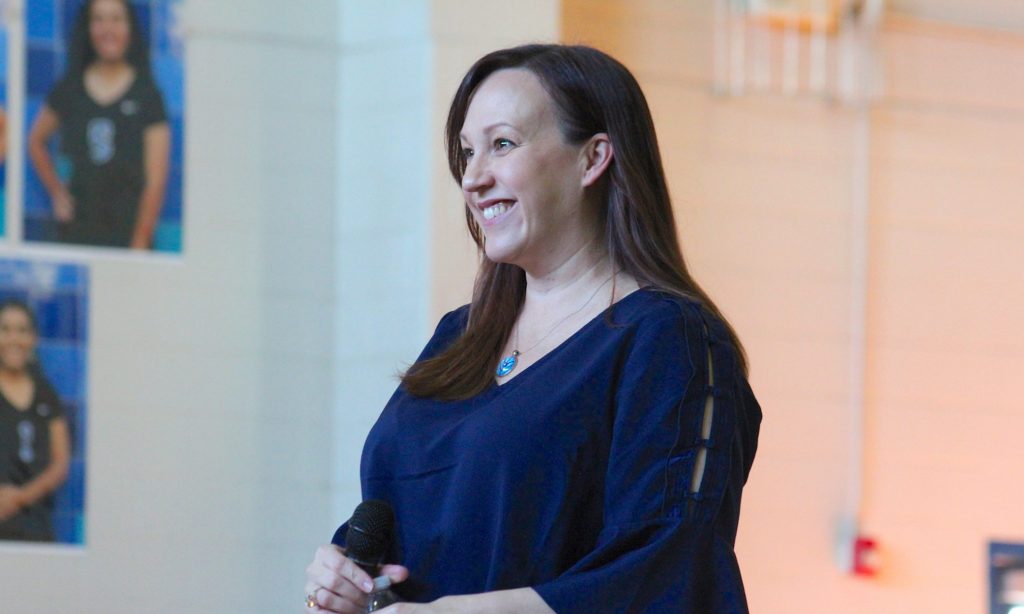 Major Mary Jennings Hegar was commissioned into the Air Force through ROTC at The University of Texas in 1999. She served on active duty as an Aircraft Maintenance Officer at Misawa Air Base, Japan, and Whiteman Air Force Base, Missouri where she worked on the F-16 Fighting Falcon and the B-2 Stealth Bomber. In 2004, the Air National Guard selected her for pilot training. Upon completion of her training at the top of her class, she served three tours in Afghanistan flying Combat Search and Rescue as well as Medevac missions.

Between deployments to Afghanistan, Major Hegar flew marijuana eradication missions, wildfire suppression, evacuated survivors from hurricane-devastated cities, and rescued many civilians on civil Search and Rescue missions in California and out at sea. On July 29th, 2009, she was shot down on a Medevac mission near Kandahar. Major Hegar received the Purple Heart and the Distinguished Flying Cross with Valor Device for her actions that “despite wounds to her arm and leg… saved the lives of all on board,” according to the award citation.

Major Hegar is the sixth woman in history to receive the DFC (Amelia Earhart was the first), and only the second to receive it with the Valor Device for heroism while flying in combat.

In 2012, Major Hegar filed suit against the Secretary of Defense (Hegar v. Panetta) asserting that the Combat Exclusion Policy was unconstitutional. In 2013, the Secretary of Defense repealed the policy. As a result of her work, MJ has been named one of Newsweek’s 125 Women of Impact for 2012, as well as one of Foreign Policy magazine’s 100 Leading Global Thinkers of 2013 (along with John Kerry, Pope Francis, Angela Merkel, and Malala Yousafzai.) She has been published in the Houston Chronicle and the Washington Post, and her bestselling book, Shoot Like a Girl, is being made into a move by TriStar Pictures starring Angelina Jolie.

Today, MJ lives in Round Rock, Texas, with her family and works as an executive coach, speaker, and consultant. She recently earned an Executive MBA from the University of Texas at Austin and still mentors cadets in UT’s Air Force ROTC. 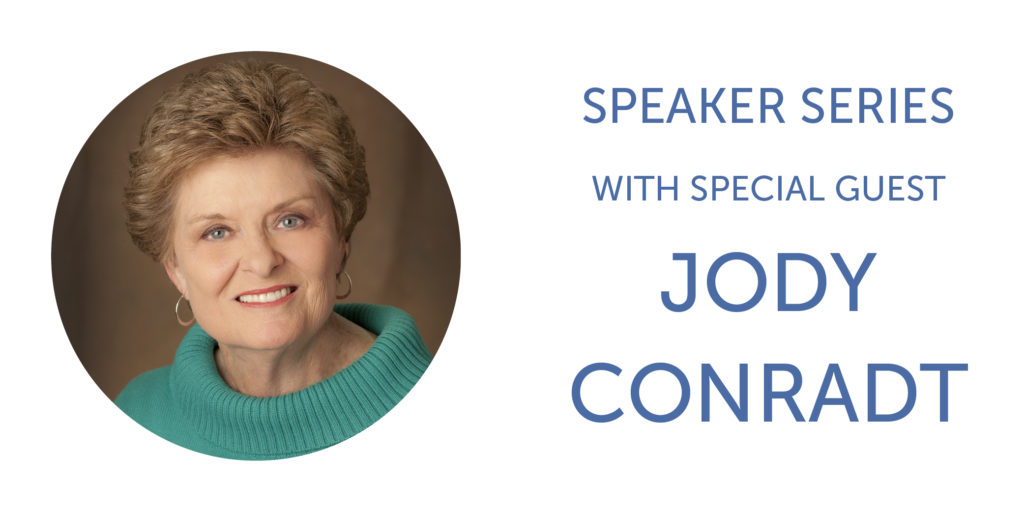 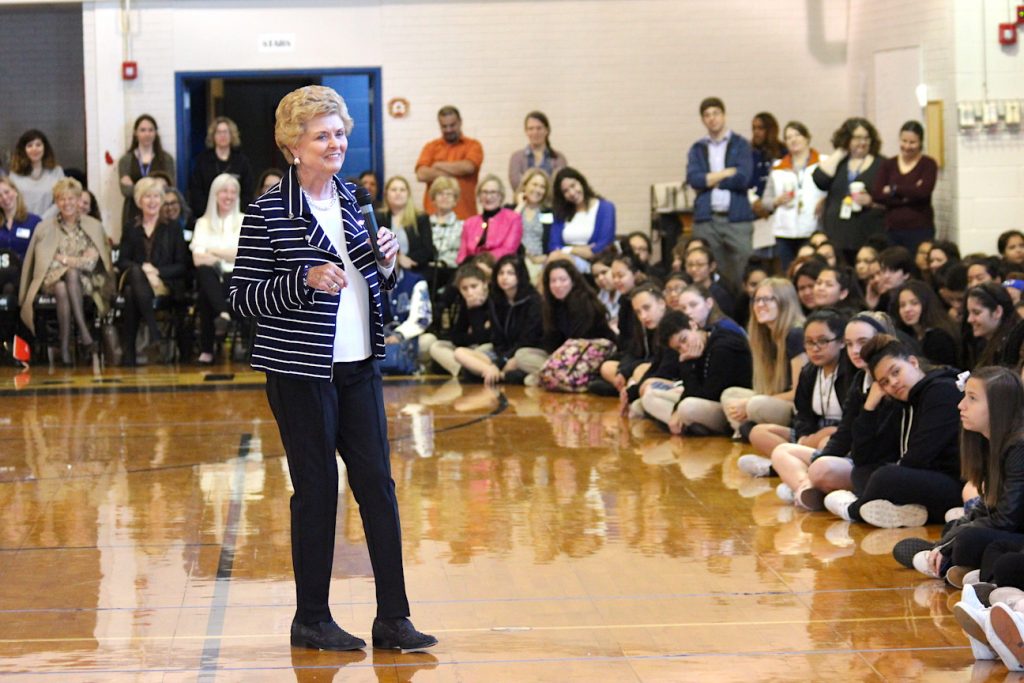 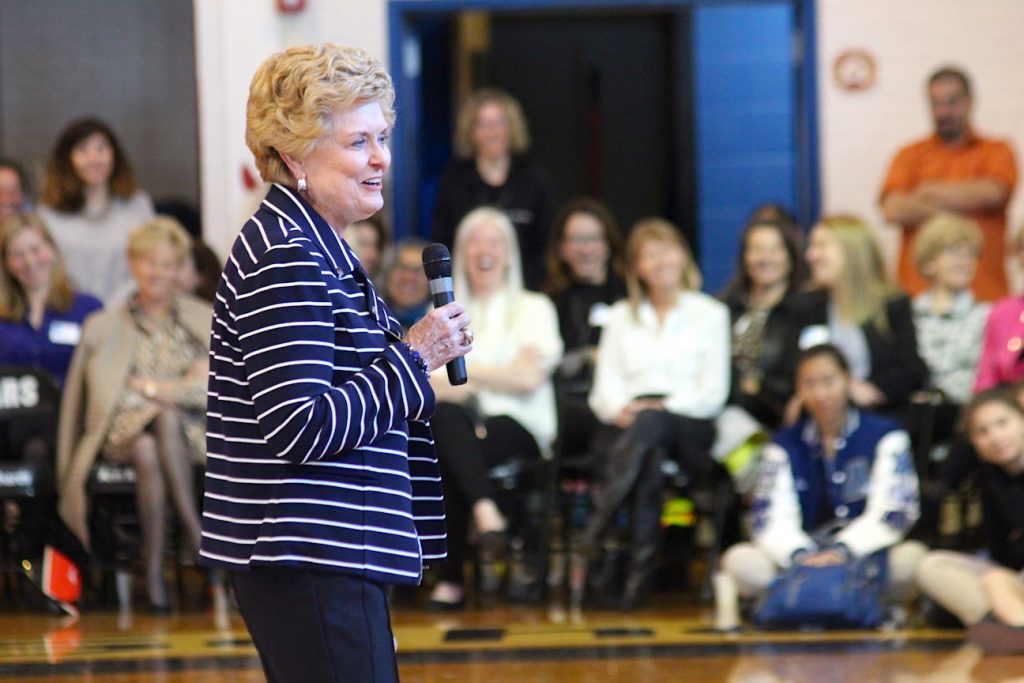 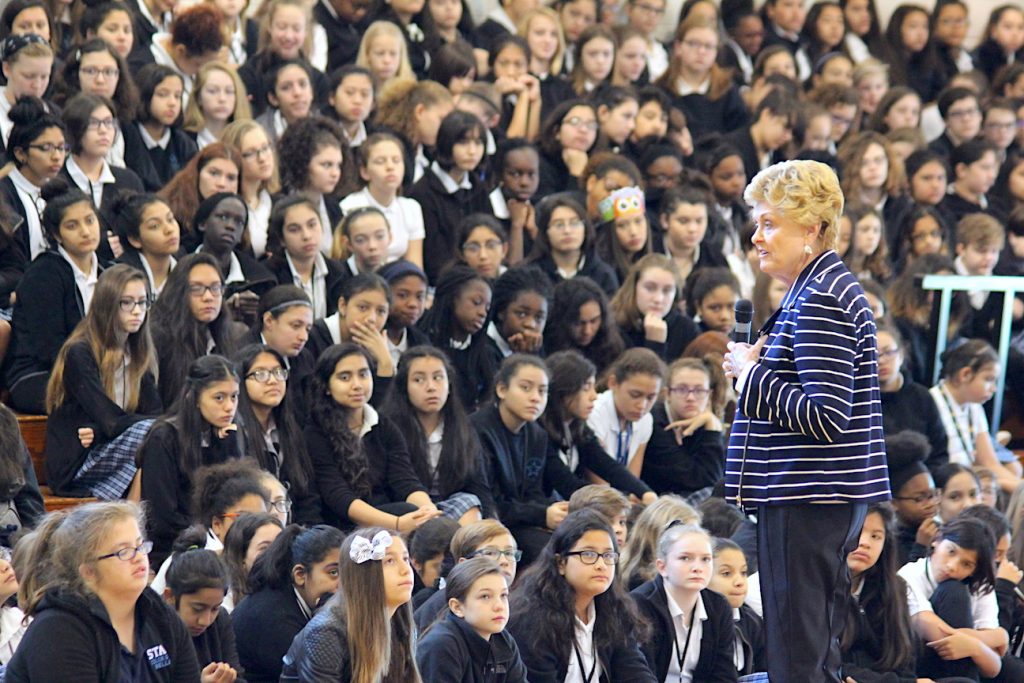 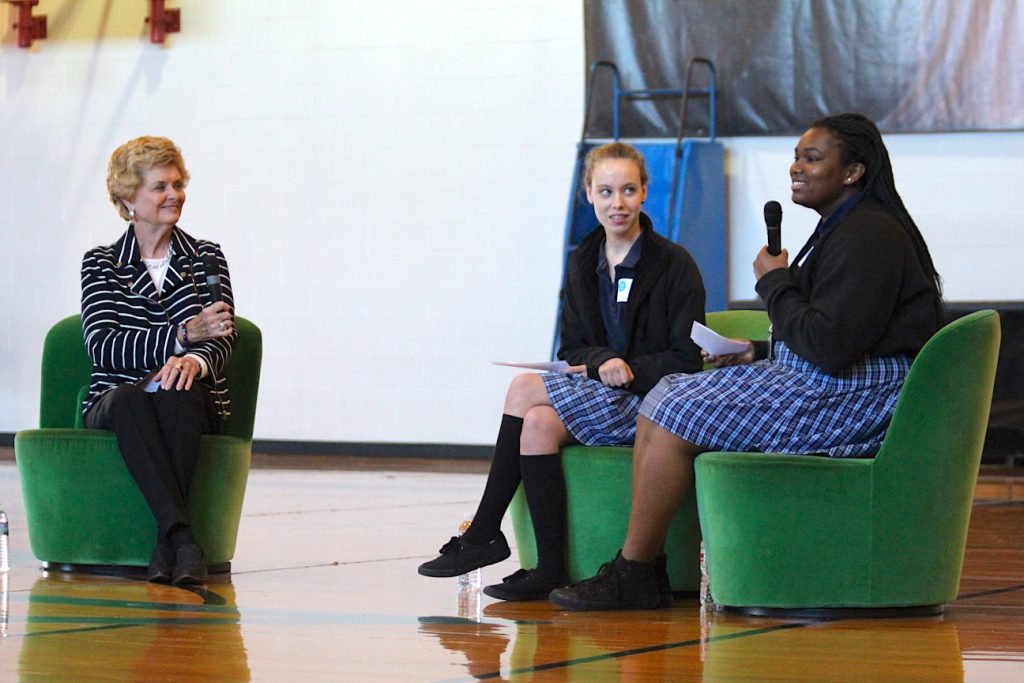 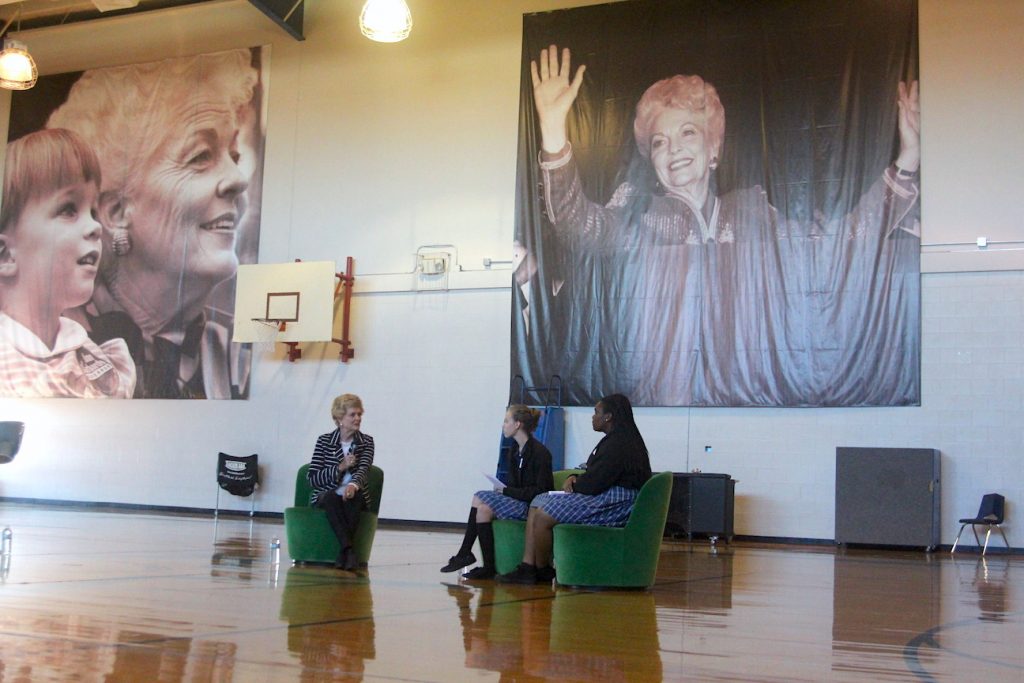 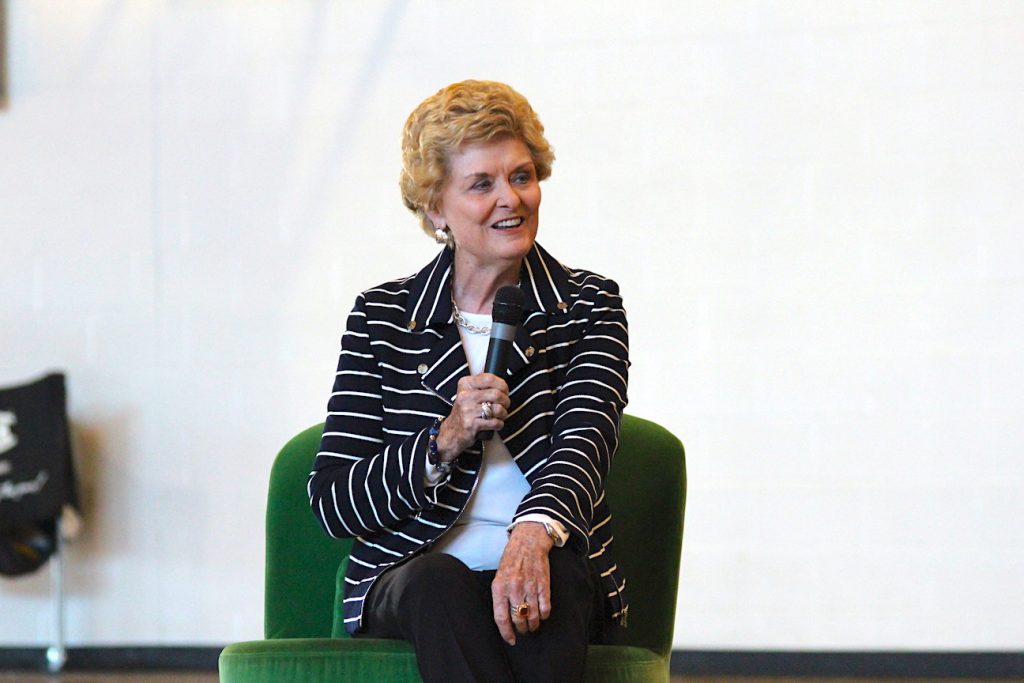 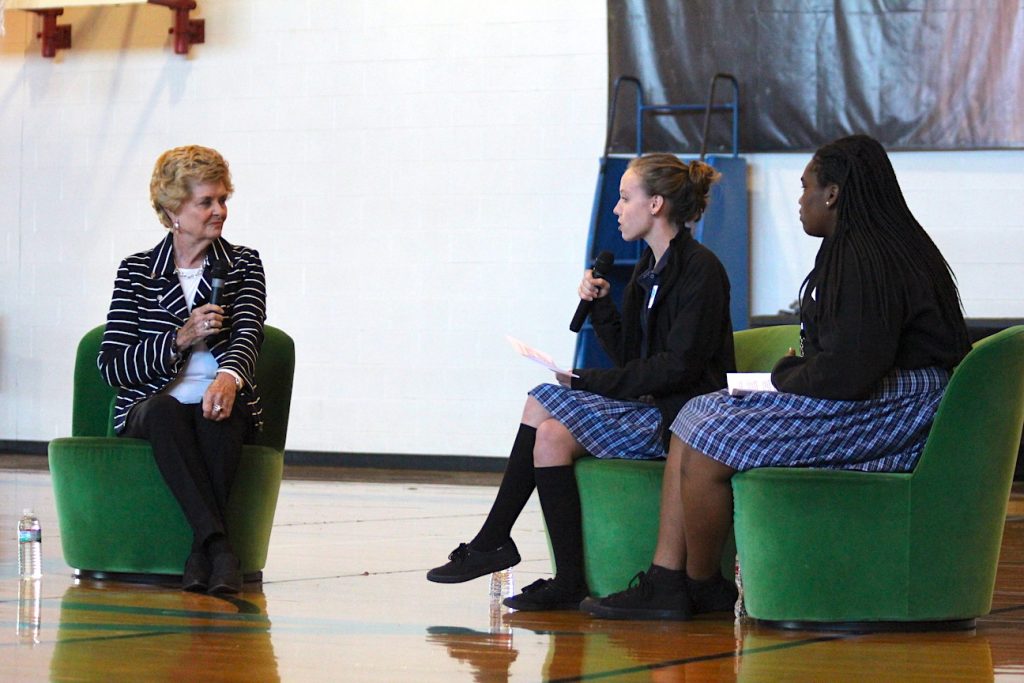 Jody Conradt was nurtured by the small, West Texas town values of Goldthwaite (pop. 1,345), where her childhood memories revolved around community, family, friends and sports.

Her love was basketball. Her aspirations were to teach. Fortunately she resided in a state that prides itself on passion, opportunity and can-do attitude. Armed with those traits, a graceful, compassionate style, Texas-sharp wit and humor, and a desire to bring education and sport opportunities to young women, Conradt emerged as a visionary leader for women’s college basketball and women’s sports administration.

Conradt’s classroom eventually became a 16,000-seat arena at her beloved University of Texas after serving as coach at Sam Houston State (1969-73) and coach/women’s athletics director at UT-Arlington (1973-76). In 38 years as a collegiate head coach, Conradt’s players won 900 games. More important 99 percent of them graduated. Speak with her former student-athletes, and they agree on Conradt’s life lessons: integrity and team goals above all, work on self-discipline and organization, embrace diversity and tolerance, commit to honest and effective communication, maintain presence, and exhibit class.

As only the second woman ever inducted into the Springfield, Mass. Naismith Memorial Basketball Hall of Fame in 1998, Conradt is known as a pioneer, but also a durable, dynamic and ethical leader who gave credibility to her sport during 31 years as head coach with the Longhorns. Especially at Texas, Conradt showcased her female student-athletes, their speed and athleticism in a fast-breaking, run-and-shoot attack that lifted her players above the rim. With a full-out style that was unprecedented and unmatched during its time, Conradt led the 1985-86 Longhorns to a 34-0 record and national championship, the NCAA’s first perfect season in the sport.